skip to main | skip to sidebar

I took my niece to Welsford falls today, It was a beautiful day for a hike.


We didn't see very many plants flowering with the exception of some
red maple and this hobble bush. 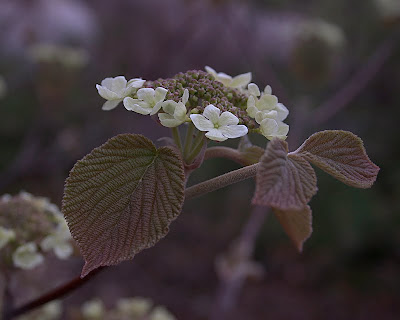 Here is a shot of the first cascade at the top of the falls. 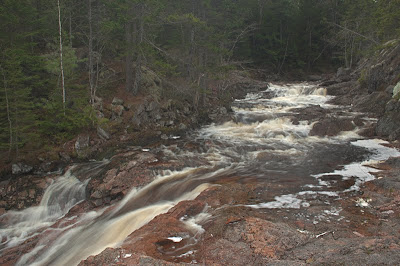 The cascade is followed by the first waterfall shown here, then over the main falls
and finally down one last narrow notch cut in the red granite that makes up the gorge. 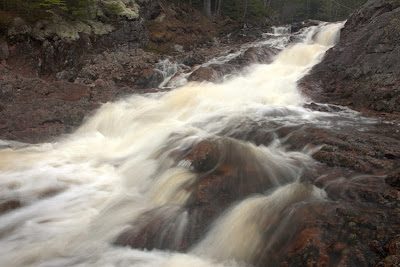 Posted by Richard Arseneau at 5:04 PM No comments:

First Flowers of May

My wife Jensa and I spent three hours today exploring the Moss Glen nature trail. The loop is only supposed to take an hour but we spent a lot of time stopping to take photographs. We had
a good day spotting several species in the process of flowering.

The first thing we came across were a few trout lilies. We quickly realized that there were thousands stretching out in every direction. 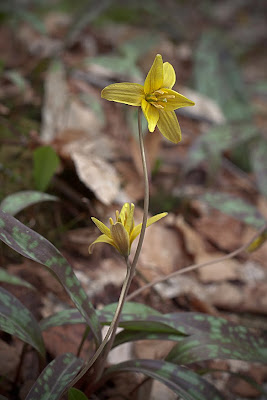 Strangely enough the anthers on the stamen of the flowers were yellow on one side of the trail and purple on the opposite side. 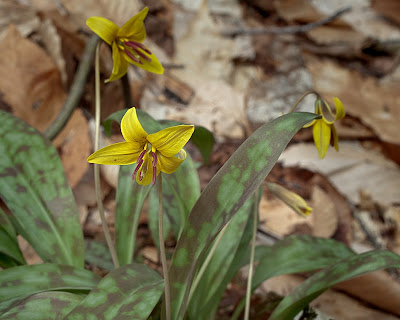 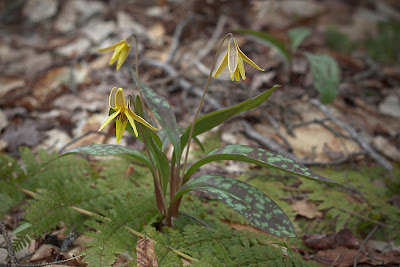 We came across a few more primitive plants, firstly the Horse tail 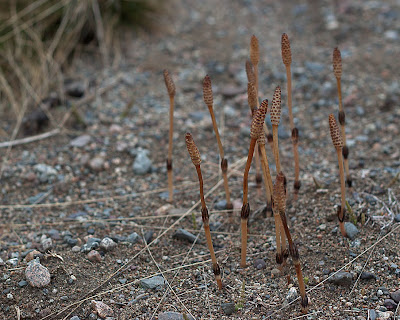 Then later a club moss that appears to have spore cones 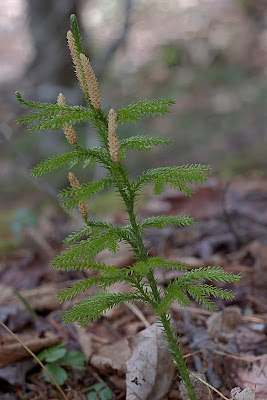 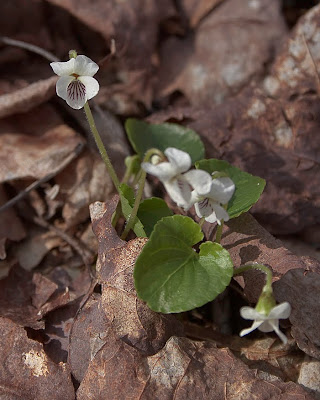 and I caught a Red trillium in bloom hiding behind a tree. We saw twelve in total, but only two were fully blooming. 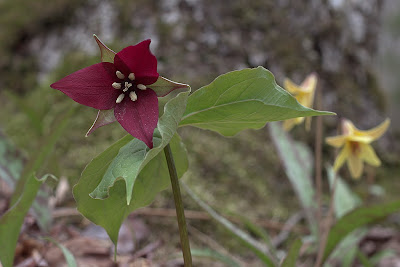 Another happy find was a single Spring Beauty plant in flower 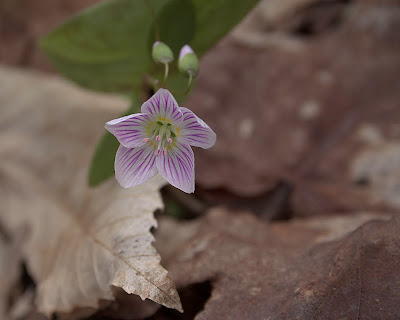 All in all it was a very nice trail, well worth a visit.
Posted by Richard Arseneau at 8:08 PM No comments:

Jensa and Meghan came along with me on my first ever trip to Keyhole falls on the Lepreau river.

We Parked on the Trans-Canada just before the highway merges from four lanes to two heading into Lepreau. We made are way up the embankment and through a deer gate heading North West towards an old logging road that would take us most of the way to the falls. Unfortunately
there was still up to three feet of snow on some of the more overgrown sections of the trail.

The last thirty minutes or so was spent bushwhacking towards the river. We managed to come out within sight of the falls. I took a few photos from where we emerged from the woods and the girls decided they had had enough for one day, so we started are way back out. These photos are all HDR tonemapped from 32bit images made from multiple exposures.

We had a good look at the bottom set of falls but I still wanted a better look at the top notch that gives these falls their name. 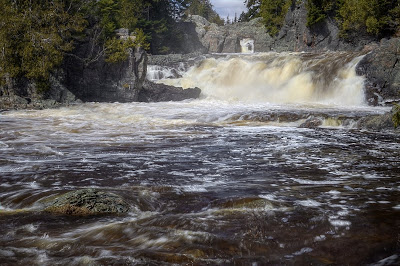 A few days later I took my nephew Jack and made a second trip in. This time we skipped the logging road and headed straight for the falls bushwhacking using a map and compass. We made good time and came out above the bottom falls.

The "keyhole" was impressive, the entire river is forced through a few small notches that have been cut into the stone by the water. 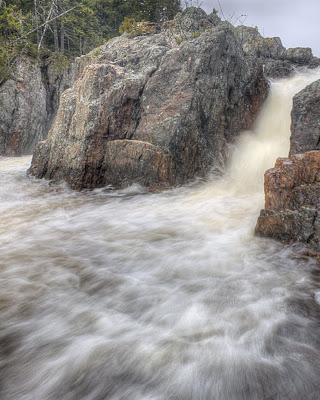 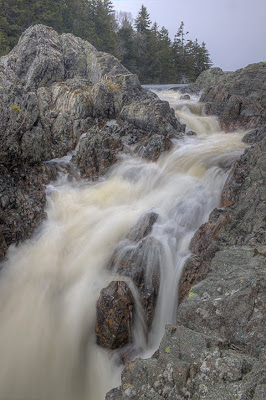 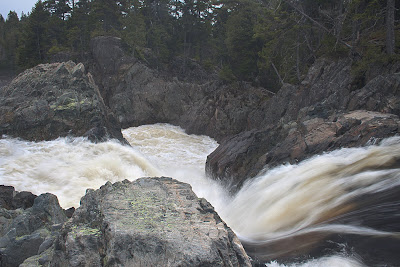 Posted by Richard Arseneau at 7:25 PM No comments:

First ventures out after winter

These Are from some of our first trips out this spring. There was still a fair bit of snow in the woods at this point.

Ragged Falls on the Lepreau River 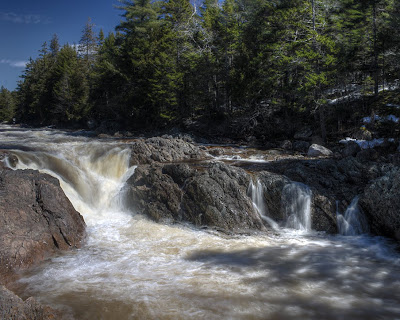 Jensa soaking in the the sun 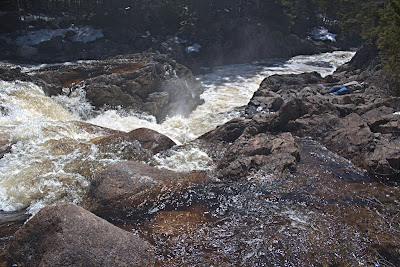 Some Beard Lichen near Welsford Falls a few days later. 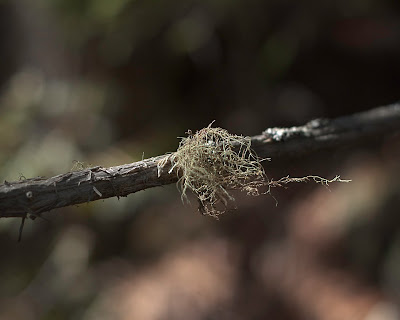 From the Bottom up we have some false pixie cup lichen, Reindeer lichen,
Cladonia cristatella commonly called British Soldier or Match stick Lichen
and a few mosses I am not familiar with 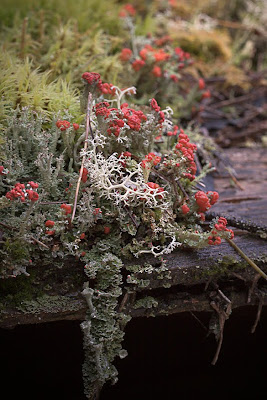 Just some of the strangeness left over from a German recluse who used to live and write in a shack above the first set of falls. 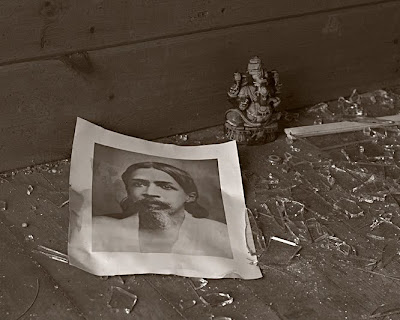 I didn't Bother photographing the falls, however these shots from a couple years ago
could have been taken yesterday for all that has changed. 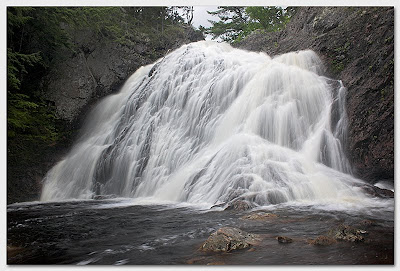 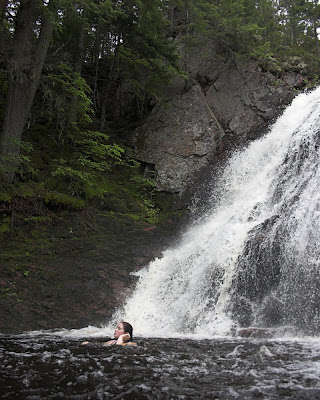 Posted by Richard Arseneau at 6:44 PM No comments:

I thought I would start by putting some of my old photos up before I get to some of the places I have been this year.

This is Tracey Falls near willow grove.
This photo was taken after a dry spell, leaving only a trickle to make the 16 meter drop.
It only takes about 10 minutes to get to this spot from a back road. 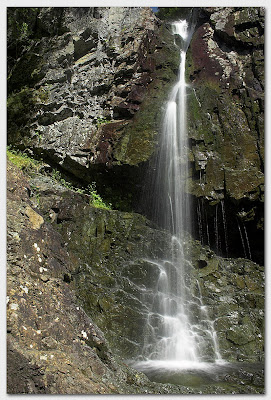 At 13 meters, impressive Joslin Falls is located through a deer gate just off the trans-Canada near Woodstock. 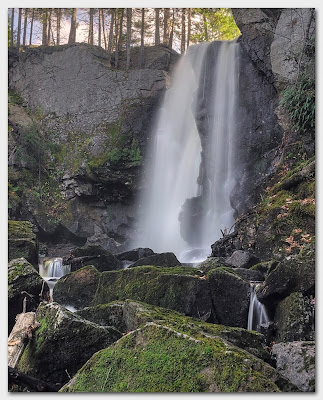 This is another easy road side treasure.
Clarendon Falls is just off the road heading towards Fredericton Junction.

This 7 meter waterfall only has a trickle of water running through
it in this photo. 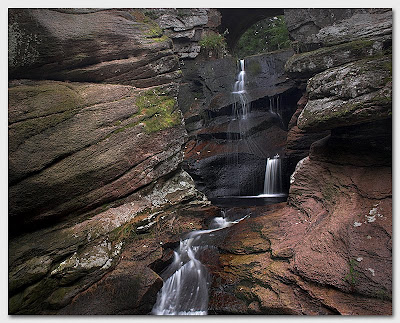 However, like many seasonal waterfalls Clarendon sprigs to life during the spring,
or after a good rain. 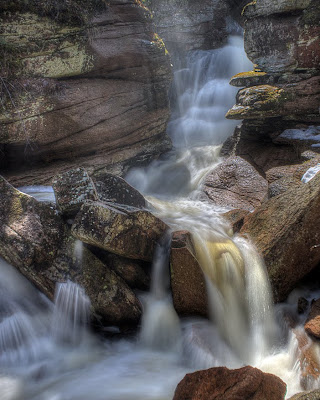 Standing at 8 meters Dickson Falls is arguably the most beautiful cascade
in Fundy National Park. It is easily accessible via board walk and well groomed trails. 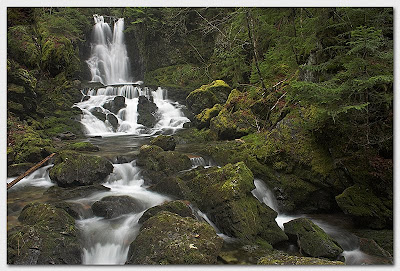 Posted by Richard Arseneau at 12:53 PM No comments: